Last challenge was given to us by Chrysoula of Jewellietta   She asked us to think of comics and cartoons; from Tom & Jerry to the Marvel Universe to current Anime. Here are 3 people who were brave enough to enter something amazing!!!

From Claire at Brightstar 109 we have a pendant and earring set. "BATMAN! Nanana ..BATMAN!"  (that song is going to be stuck in my head all day!) Lovely Joker earrings and the Batman pendant could be worn together or seperately....if you can snag them before her kids do! 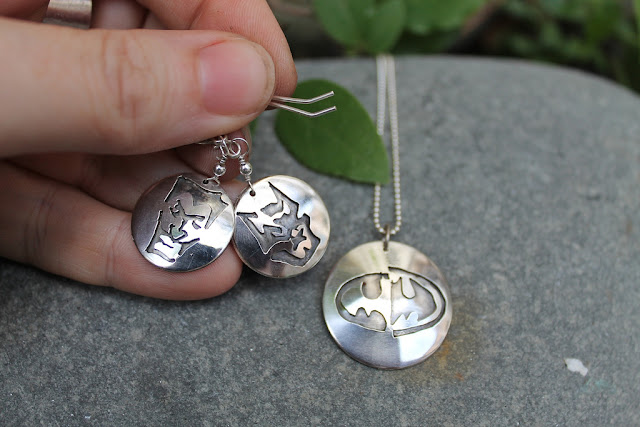 From Kat at Artistikat we have the "Magneto Pendant". This pendant features 2 very powerful magnets that are attracted to each other... even putting a piece of wood between them won't stop their magnetic powers!  Simple and scientific!! 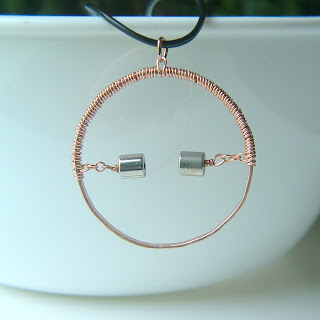 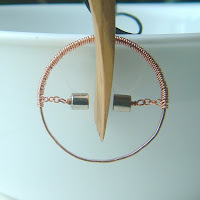 From Esme at SilverBlueberry we have a comic from farther east.... Kodama.

"A kodama (木魂?) is a spirit from Japanese folklore, which is believed to live in certain trees (similar to the Dryad of Greek myth).
Kodama appear in the animated film Princess Mononoke, in which they are portrayed as small, white humanoids with large, rattling heads and mask-like features, similar to bobbleheads.
My little kodama has a few rough peridots inside its head, so you can make the rattling sound." 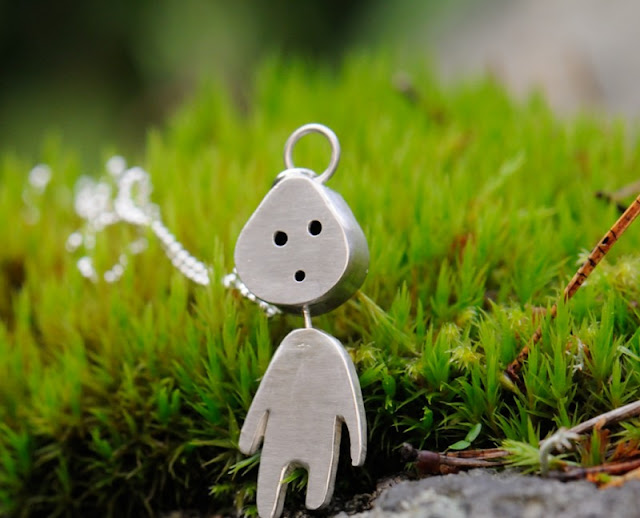 So there you have it folks.... Yet again, very hard to pick just one, but that is YOUR challenge!!
You can vote in the gadget at the top right of this post.... please review the rules for voting at the bottom......and good luck everyone!!!!

Official Team Challenge Rules….
To enter and vote you must meet the following requirements:
- Have an Etsy shop
- Be a member of the Aspiring Metalsmith team on Etsy
- Be able to post your photos to our Flickr pool without blocking them from download, so the blog master has access.
- Follow each challenge’s rules as to submission times, materials and/or techniques, or any other rule for that specific challenge.
- Make something NEW for the challenge….not something that you have in stock that fits the rules. These challenges are to push you to try new things, not just show off things you’ve already done.
We politely ask that if you do not meet these guidelines you do not vote either. These challenges are intended to be an internal, skill-pushing endeavor….not a popularity contest. We like to show off how well we’ve done, but really want our peers on the team to judge our technique and skill growth.
Posted by Asa Pearson at 10:15 AM

This is a Flickr badge showing public items from the Aspiring Metalsmiths group pool. Make your own badge here.